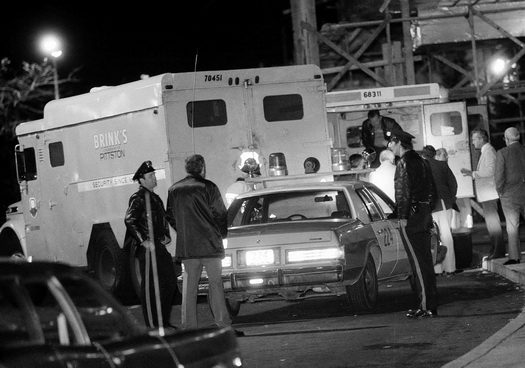 The San Francisco District attorney — whose father helped kill two cops and a guard in the infamous Brink’s armored-car robbery in Nyack in 1981 — is lobbying Gov. Andrew Cuomo to commute his dad’s sentence.

Chesa Boudin, was 14 months old when his parents, David Gilbert and Kathy Boudin, members of the domestic-terror group Weather Underground, dropped him off at a baby-sitter’s Oct. 2 and helped pull off the heinous heist in Nanuet in Rockland County.

Two Nyack policemen, Sgt. Edward O’Grady and Officer Waverly Brown — as well as Brink’s guard Peter Paige — were killed in the robbery and ensuing shootout at a nearby roadblock.