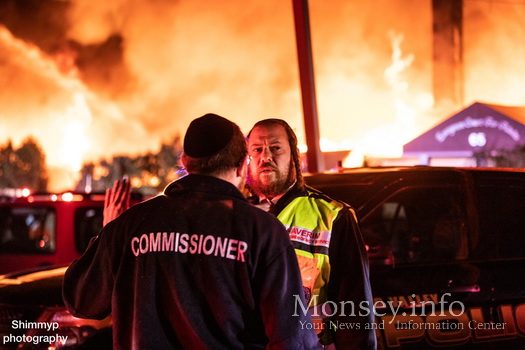 Reports indicate that investigators are looking into the possibility that the fire alarm system may have been turned off at the Evergreen Assisted Living Facility in Spring Valley the night of the massive blaze.

According to the report, multiple sources told News12 that the alarms may have been non functional as the Kitchen of the facility was kashered for Pesach.

While the report notes that the investigation is looking into those allegations, it also notes that other theories are also being investigated, including low water pressure to the sprinkler system and just how large that system was.

The fire, which claimed the lives of one resident and a firefighter, was originally reported as being a “smoke condition”, with the Spring Valley Police reporting that there were fire alarms ringing, throwing some uncertainty on the recent report.