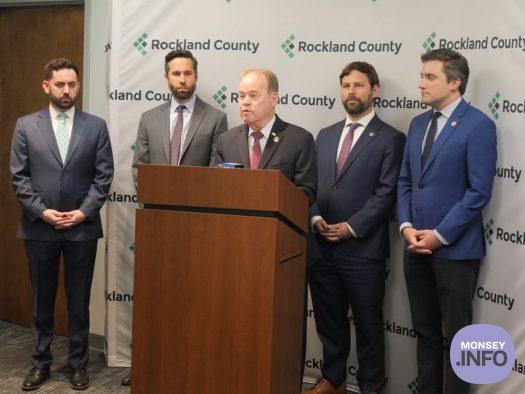 Rockland County Secures $500,000 From State To Fund The New Department of Buildings

The state funding, to the tune of $500,000, was secured thanks to the combined effort of Senator Elijah Reichlin-Melnick, Assemblyman Kenneth P. Zebrowski, Assemblyman Mike Lawler, and Senator James Skoufis, according to a social media post from Executive Ed Day.

“I was proud to stand with my legislative colleagues today as we announced that we were able to secure $500,000 from the state to cover the costs of the county’s life-saving code enforcement work so that local taxpayers aren’t left to foot the bill for these efforts,” said Senator Elijah Reichlin-Melnick.

According to Melnik, County Executive Ed Day approached the group of elected officials asking for the state budget to include a half million dollars to help offset the expense of the newly established code enforcement team. After pressure from Rockland’s state legislative delegation, the allocation was included in both the Senate and Assembly budget resolutions and was ultimately included in the final budget signed by Governor Hochul earlier this month.