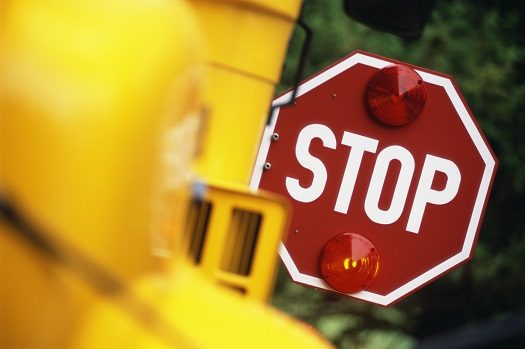 On Monday, November 7, 2022, at about 12:30 p.m., State Troopers responded to a reported motor vehicle crash involving a school bus on the Palisades Interstate Parkway in the town of Stony Point.

The investigation determined that a box truck travelling southbound on the Parkway struck the Exit 16 overpass. A bus traveling behind the box truck braked and rapidly slowed down to avoid a collision with the box truck. A school bus that was behind the first bus swerved to the right and struck a guiderail. The Bnos Esther Popa school bus was transporting Yeshiva Tzoin Yosef school students back from a field trip, and sustained only minor damage.

None of the students was hurt, and they were transferred to other Bnos Esther Popa buses that were returning from the same field trip. No tickets were issued.