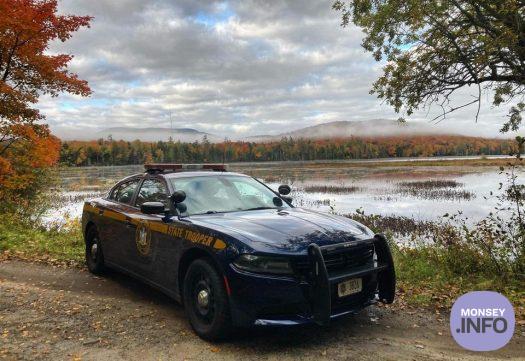 At approximately 2:00 a.m. on April 1st. 2022, State Police from the Haverstraw barracks responded to a single vehicle crash on the Palisades Parkway in the town of Clarkstown.

Investigation revealed that a 2002 Chevrolet Silverado was traveling southbound on the parkway when it left the roadway off the west shoulder near exit 7 and struck a tree.

Upon arrival the State Troopers observed members from the Nanuet Fired Department attempting to extricate the operator from the vehicle. The operator of the vehicle, later identified as Gustavo Merino-Moreno, age 30 from Brooklyn, NY. was removed from the vehicle and pronounced deceased at the scene.

As the investigation is ongoing, investigators are asking anyone who may have witnessed the vehicle, a red 2002 Chevrolet Silverado with South Carolina plates, before the 2 a.m., crash to contact Senior Investigator Carmen Goffredo or Investigator Eric Haydt to contact the New York State Police and reference SJS number 10761750.