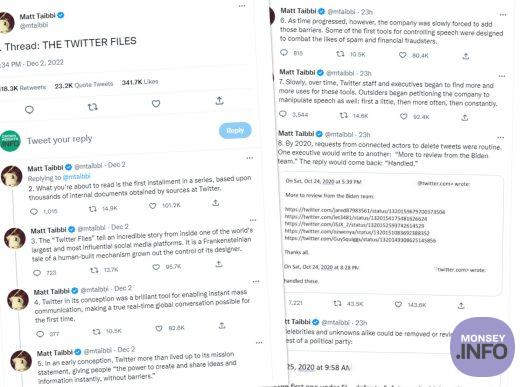 Twitter Censorship On the Hunter Biden Story, Behind the Scenes

At the sunset of the Trump Administration, a story was broken by the New York Post. The story, detailing the shocking story of Hunter Biden’s laptop, was immediately censored on Twitter.

Link blocked and unable to share, the partisan censorship caused an immediate hubbub, much of which took place behind the scenes at Twitter Headquarters.

With Elon Musk’s recent Twitter takeover, he vowed to make the public aware of what really happened. At 5:00pm Friday, the story was broken on Twitter by Reporter Matt Taibbi.

The only way to fully get the story is to read it yourself. Read through the thread until the end.