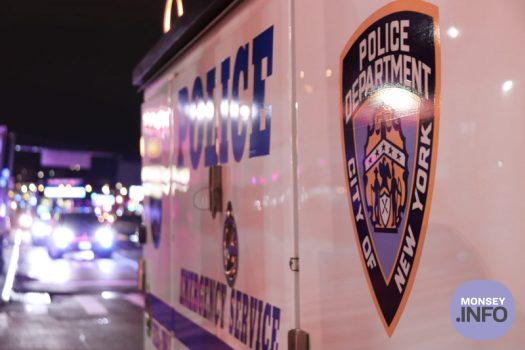 Two armed people were arrested in Penn Station over Shabbos after the NYPD sent out a city wide alert for a credible threat to synagogues in Manhattan.

NYPD Commissioner Keechant Seewell announced that the two people were arrested with an illegal Glock 17 firearm, a 30-round magazine, a large hunting knife, and several other items.

“By early Saturday, the NYPD’s exhaustive intelligence-gathering led to the arrest by sharp-eyed MTA police officers of two individuals entering Penn Station, in Manhattan, and the seizures of a large hunting knife, an illegal Glock 17 firearm and 30-round magazine, and several other items,” Sewell said.

The original alert, published Friday night and disseminated to law enforcement, Hatzalah and Shomrim, was over one of the people arrested, Christopher Brown.

Brown, 21, of Aquebogue, New York, as being charged with making terroristic threats, aggravated harassment, and criminal possession of a weapon. He was also known to suffer from Schizophrenia.

Matthew Mahrer, 22 and a resident of New York City, was also arrested and is facing weapons charges.