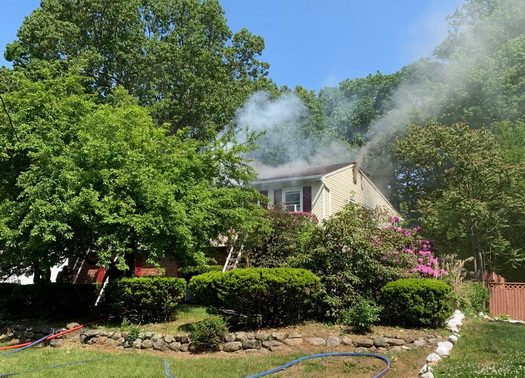 A fire that began in the attic of a Chestnut Ridge Home did extensive damage Friday, but thankfully causes no injuries.

Despite the Rockland County Bureau of Criminal Investigations (BCI) on scene, no injuries were reported and the fire was not deemed suspicious as per initial reports,

Red Cross was called to the scene to assist the residents with housing as the house is currently uninhabitable.